It's been a long while since I could do a launch, and I've missed it. So today, when I realized the wind was going to drop to almost nothing, I ran out to the office and quickly prepped five rockets to fly. My wife Tracy joined me, and all pictures below are hers. 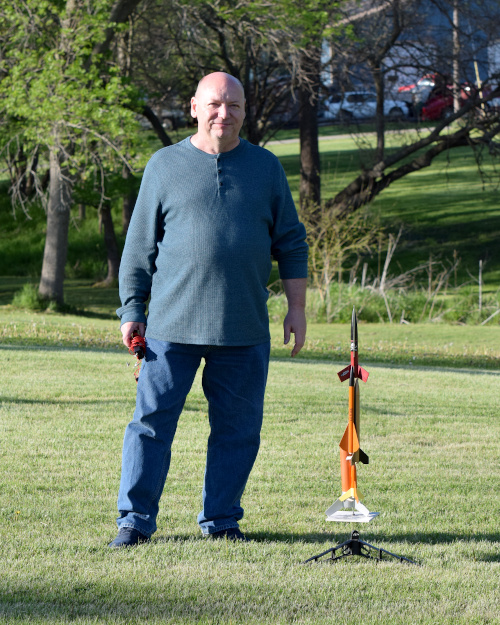 Here I am with the five rockets I flew. This is how I carry them out to the launch area aka the back yard. 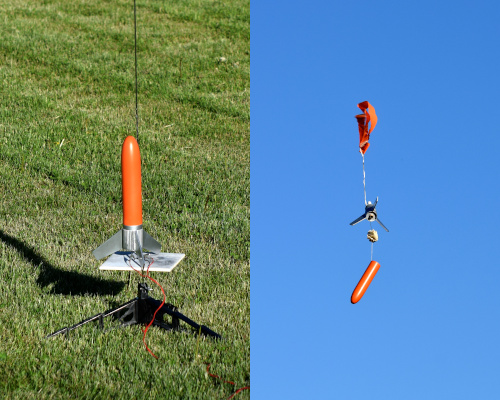 The first flight was my Lowball, a rocket of my own design, flying on an A10-3T. It flew low and slow, like always, but drifted a bit despite the lack of altitude. So after retrieving it, I tilted the rod a bit to compensate. 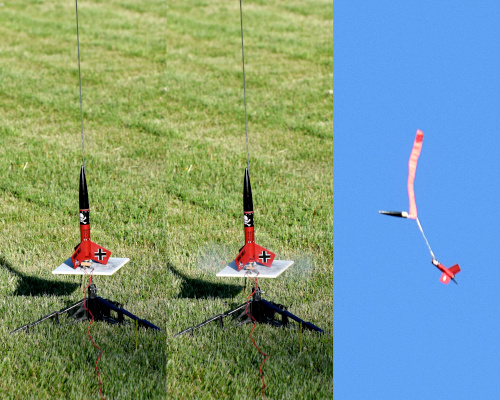 Next was my Estes Mini Max on an A3-4T. High, fast flight, arcing to the east despite the rod tilt; it drifted back somewhat but managed to end up in the corkscrew willow: 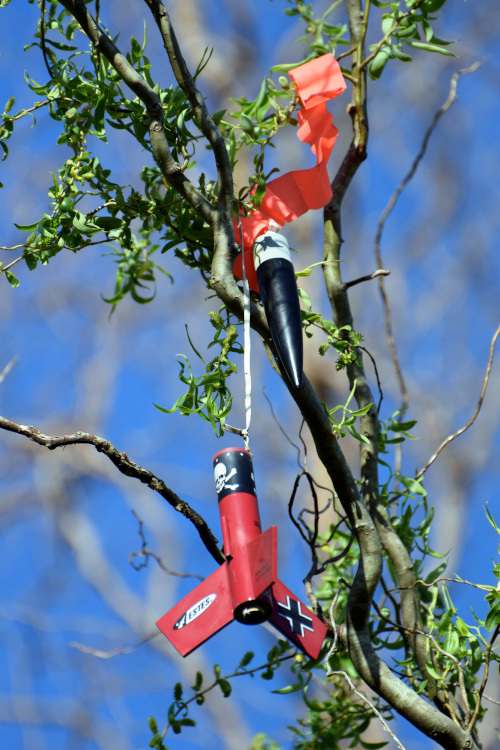 After the launch, we got the long branch lopper out and cut off that branch, and the rocket was recovered without damage. 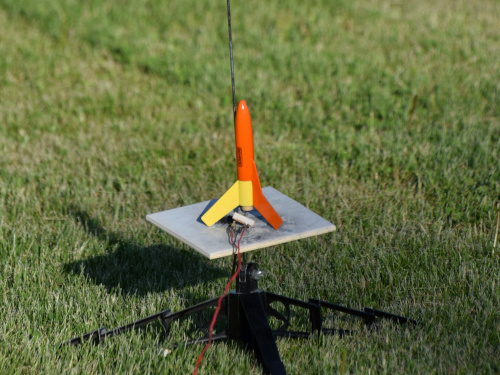 I tried to launch my Semroc Moonraker, but the igniter melted into the plug without igniting the engine. Annoyed, I pulled it from the rod and moved on. 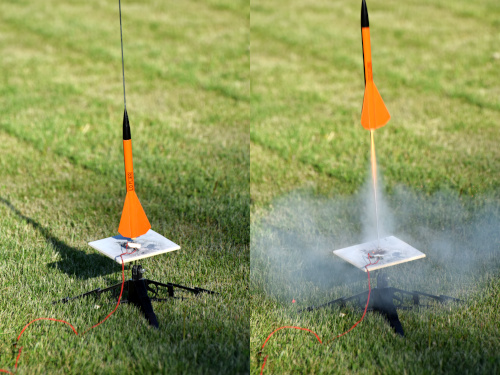 The rocket I moved on to is my Lo Flier, a 13mm conversion of the standard Estes Hi Flier kit, on a 1/2A3-4T engine. Despite the little engine, it was a high, fast flight, with a bit of drift into a flowerbed. I had tilted the rod a bit more after the incident with the Mini Max, and at this point I figured I had it dialed in. 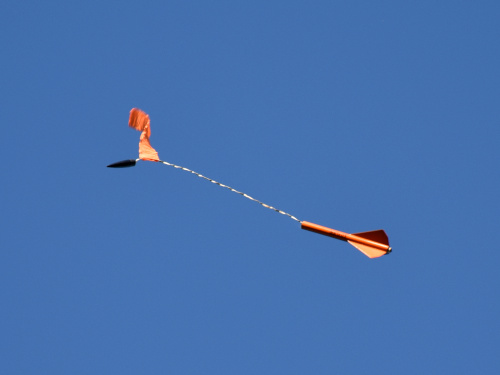 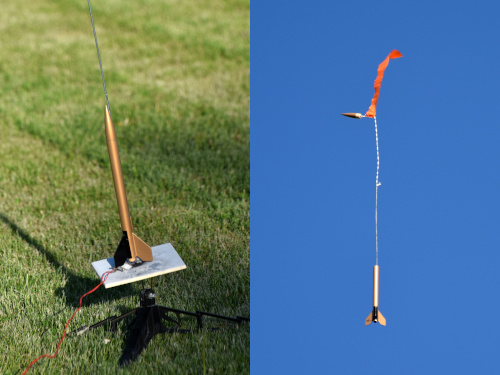 Next was my Semroc Rawhide on an A10-3T. I converted this rocket to mini-engines some time back so I could fly it in the back yard. It turned in a quick, high flight and recovered perfectly inside the yard. This was only the second time for the Rawhide on a mini-motor, and I'm pleased with the decision. 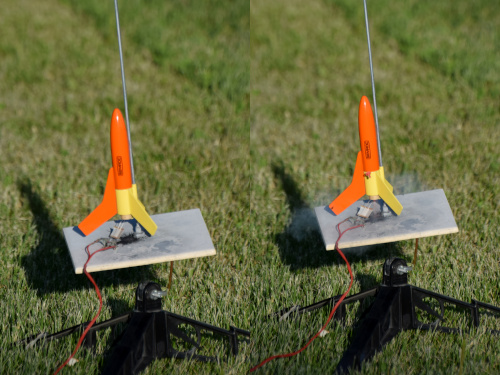 With a new igniter and plug, I launched my Semroc Moonraker on a 1/2A3-4T. Despite the tiny engine, this tiny rocket went high fast. I still had the rod tilted to help with recovery of the streamer rockets, and this little guy did not drift back my way as much as I'd hoped; the upper section landed just short of the drainage ditch, while the tail section landed comfortably in the grass. I was gratified to see the upper section doing a definite "maple seed" spin on recovery. 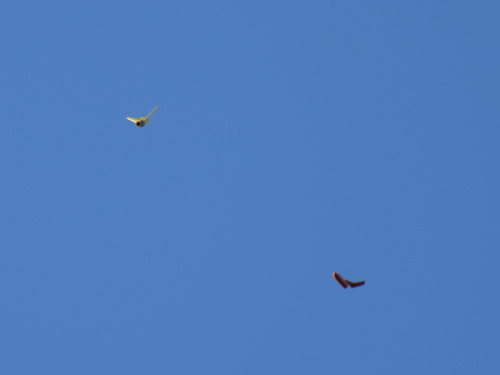 I decided to have another go, and put a fresh 1/2A3-4T in the Moonraker. I put the rod upright before launching, and both parts recovered much closer to the stand, with the upper and lower about three feet apart. No pictures of this flight, but it was a good one.

It was really nice to be able to fly my rockets again, after a long dry spell. I'm hoping to be able to launch some of the bigger birds sometime this summer, after the whole pandemic situation has (hopefully) passed.