Well, here they are... the pictures that, had I any sense, I'd never allow to be seen. The pictures that graced the pages of my last 4-H Model Rocketry project book. (Click the thumbnails to see a full-size picture.) 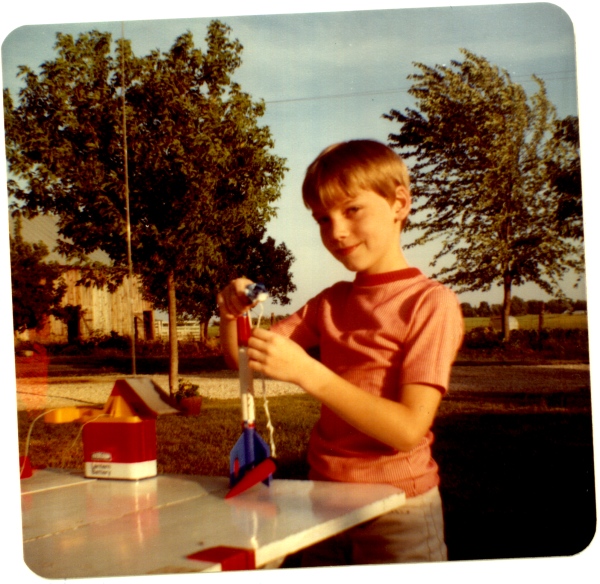 Here's where it all started... with my first rocket, a Centuri Screaming Eagle, part of the "Eagle Power Outfit" from the 1976 Centuri catalog (#763). I was probably 10 when this picture was taken. 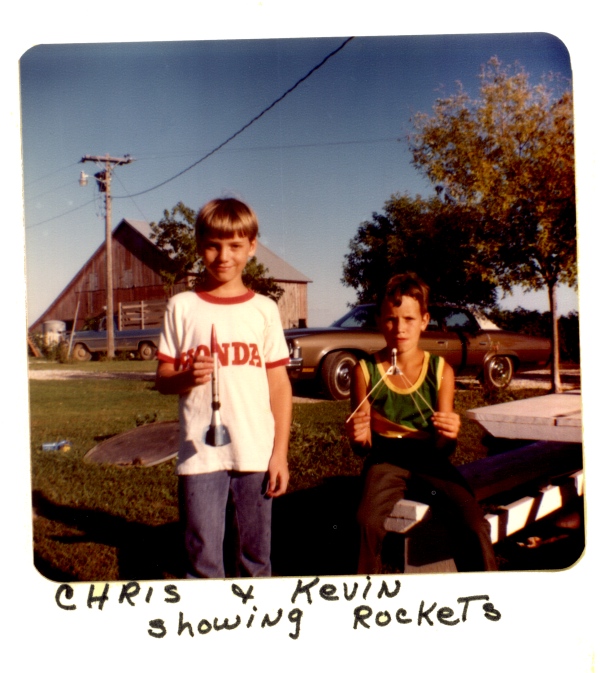 I have this picture marked as 1978; I think that's right, anyway. I'm holding my Vector V, and beside my is my friend Kevin holding his Satellite 62SL, which I think was his first rocket. He only did the 4-H Model Rocketry project for a single year. 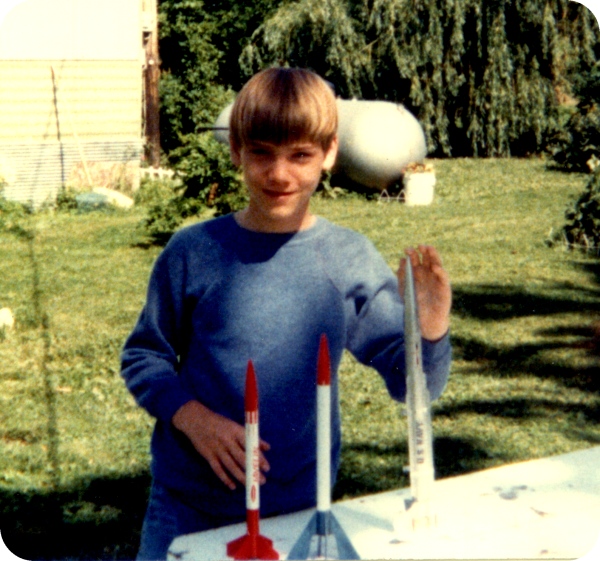 I have this picture, and the next one, tagged as being from 1979. Again, I'm pretty sure that is right. Pictured in front of me are my Javelin (I think), Sky Devil, and Nomad. Of the three, only the Sky Devil still exists. 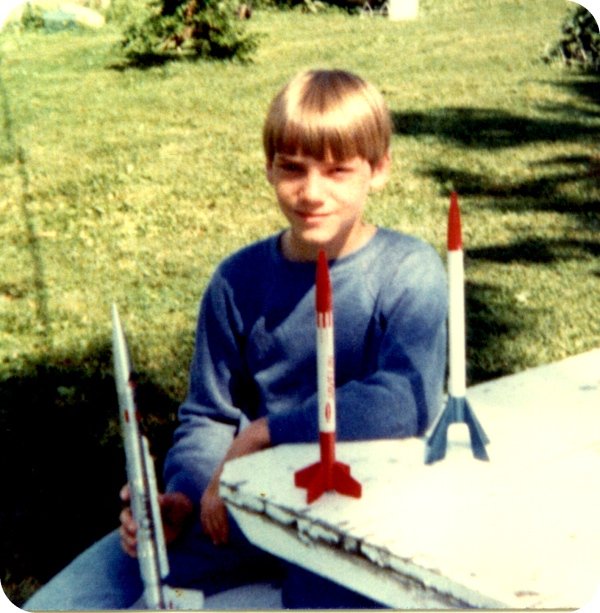 Another picture of my new rockets from 1979. 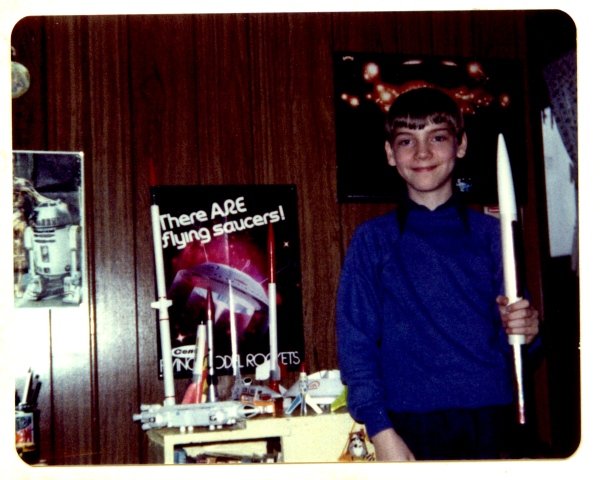 One of two pictures of my fleet as it was in 1979. Most of those birds are, sadly, long gone; I particularly miss the Space: 1999 model, not that I liked it, but I could have sold it on eBay. 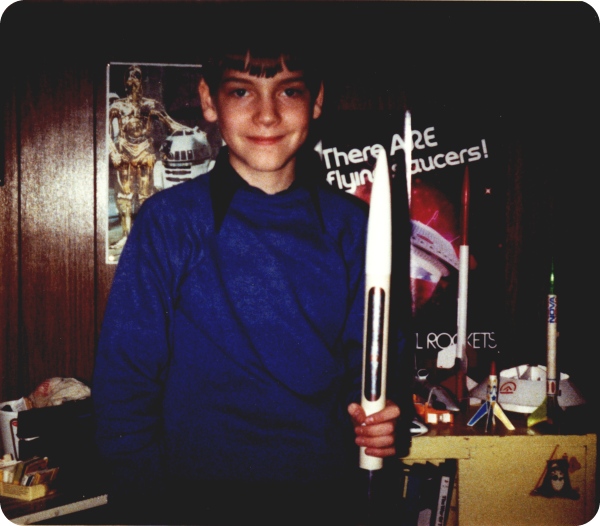 The second fleet picture. Here you can see my Nova, one model I miss. I am planning to build an upscale to 18mm, but it's not very high up on my build queue right now. 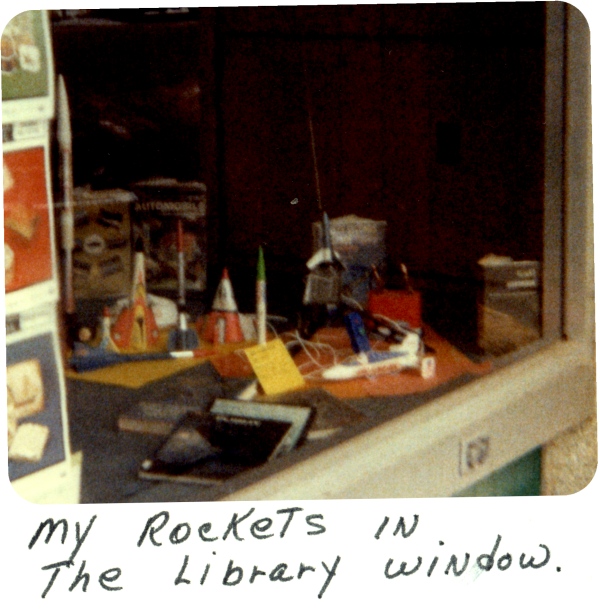 1979, again. I was asked if I would put my rockets on display in the window of the local library in Edina, Missouri, and I did so. I took a few pictures, but these are the best two (yes, the others were worse). The Sky Cycle is another I'd like to have now just so I could sell it on eBay. I also miss the X-24 Bug and the Bandito (my second rocket, bought in 1976 as a discount bonus rocket when I ordered the Eagle Power Outfit). 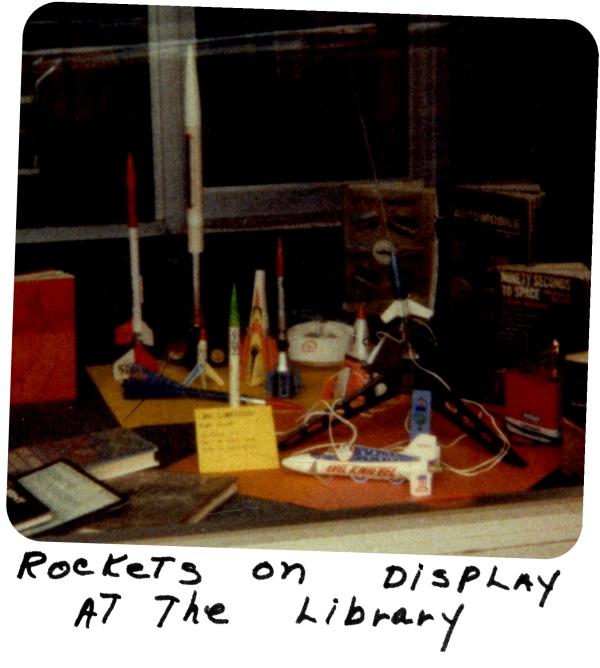 The second library window picture. I still use that Power Tower, but with a different controller, as the original controller is in bad shape.
Comments